Secure your spot and get started today with our EXCLUSIVE offer!

By opting into the web form above you are providing consent for Karate America to send you periodic text messages. Standard rates may apply. You can reply HELP at anytime or learn more. You may opt-out anytime by replying STOP. 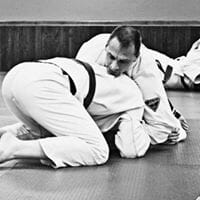 Top notch school with an incredible staff that treats their students like family! 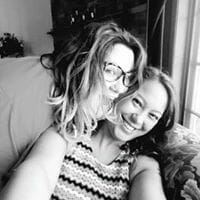 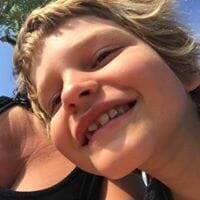 My son has been with Karate America for a year and a half now...as a single mother I appreciate the instructors so much as they play such an important role in my sons life! He loves every minute of karate and loves his instructors! 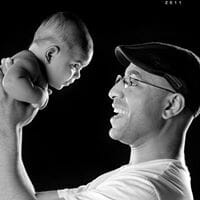 I found that Karate America is physically and mentally safe to my kids. My kids learn much of respect and great attitude from just being there watching and listening. 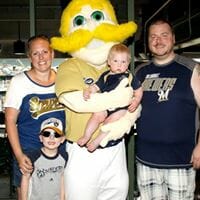 We had an amazing experience from the moment we walked in the door. Every single person was polite, respectful and knowledgeable. We initially wanted to see if our 3 year old son was ready to begin karate (not yet, but hopefully this winter!) and instead my husband and I ended up taking a class. I fell in love with the entire experience right away and am very excited to see how Karate America Brookfield will help me grow in my skills, my relationships and my respect for myself and others. I would suggest Mr. Mealy and the entire Karate America Brookfield team to anyone who is ready to take this wonderful step in their life too! 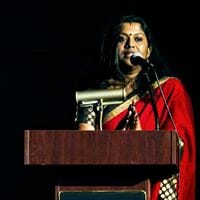 My son started learning karate from 2016 February at KA, Brookfield. He simply loves the place & masters.... Its an awesome feel being in the karate america family. Keep up the good work. 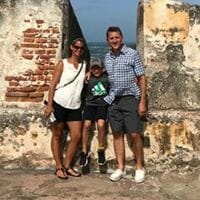 Karate America is an excellent karate school. My 8 year old has been taking classes for about 4 years. Over the years, his flexibility, focus, and confidence has improved greatly. He recently started taking a leadership class at Karate America. His ability to reach out to new friends and help those in need has increased exponentially. I witnessed his leadership skills in action during our most recent vacation. He approached several kids at different times while we were at the beach to see if they wanted to play or make sand castles together. And when we returned home from vacation, we had a new neighbor, including a 6 year old boy. My son went over and introduced himself and asked the boy if he wanted to ride bikes. I was amazed! I thank Karate America for helping teach my son these important life skills! 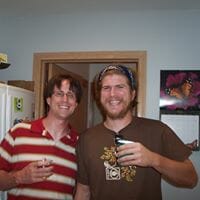 I’ve been a Karate America parent for over 3 years. I’ve proudly watched my oldest son grow from a Little Ninja to a Young Achiever, and he recently advanced to Intermediate class. This was a big step forward, and I was concerned with the many changes that awaited my son. For one, I recognized that the curriculum would be much more rigorous, including weekly sparring. In addition, he would be moving on to new instructors. However, all of my fears melted away as I watched his first class. The many years of practice at Karate America had prepared my son beautifully! He was ready for this next step, and his confidence radiated through, even as he stepped onto the floor, weighed down in new sparring gear, facing a new level with new instructors and new classmates. Secondly, the instructors were phenomenal! Mr. Kozlowski held the bar high while breaking down the steps of kicks and forms into manageable pieces. Mr. Stravropoulos consistently encouraged my son while skillfully explaining and demonstrating ways that he could improve his technique. The feedback was specific, easily understood, and very motivating. After my son’s first sparring class, he walked off the floor and exclaimed, “Best karate class ever!” I couldn’t be happier with Karate America! Thank you to the many fabulous instructors! You are all making a tremendous difference in children’s lives! I can’t wait to see what lies ahead on the path to black belt!

Request information today to learn more about our programs!

KA Worldwide – Our exlusive virtual community is way more than kicking and punching in front of a screen! Enroll your child in our unmatched martial arts curriculum, life skills and community-building program today!

KA Worldwide – Our exclusive virtual community is way more than kicking and punching in front of a screen! Enroll in our unmatched martial arts curriculum, life skills, and community-building program today!

Give your kids the lifelong gifts of personal success, confidence, discipline, and self-defense!

Instead of giving into the moodiness and attitude, take them to our martial arts school instead!

Martial arts classes are fun, empowering, and provide a great workout for adults.

Instead of worrying, let us teach them about respect, discipline, and fitness in our martial arts after school program.

Try something new this year with a martial arts-themed birthday party in a real martial arts school!

Our summer camp provides fun and learning for kids of all ages.

SIGN UP TO GET MORE INFO AND A COUPON FOR A FREE MARTIAL ARTS UNIFORM!

Request more information today to find out how you or your child can start training!